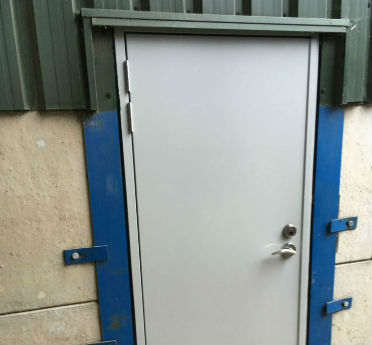 Following an unfortunate break-in at a farm shop store, a new steel powder paint finish security door was supplied and fitted to heighten the security of the premises.